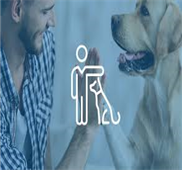 This session will provide insight into the implications of the HUD final rule for everyone involved in housing. It will affect your property’s:

HUD's Final Rule implementing the Violence Against Women Reauthorization Act (VAWA) of 2013 was published in the Federal Register on November 16, 2016. This Final Rule details the requirements for the HUD-covered programs and is effective Dec. 16, 2016. It is important to note that VAWA 2013 also covers the LIHTC and Rural Housing programs, but the Departments of Treasury and Agriculture has not issued their Final Rule for these programs to date. Many state agencies, however, have already incorporated VAWA 2013 compliance into their state requirements.

The reality is that the vast majority of victims of domestic violence are women and children, and most outreach organizations take those demographics into consideration when providing services. However, we do recognize that though not the norm, there are men abused by their wives, and violence does occur in same-sex relationships. The bottom line is, violence is violence no matter what gender the victim. Because of that, the Violence Against Women Act applies to all victims." VAWA 2013 extends protection to all victims of domestic violence, dating violence, sexual assault, and stalking, regardless of gender.

HUD's 102-page Final Rule requires that the Notice of Occupancy Rights and accompanying certification form be provided at the following times:

In addition, the Final Rule details the requirement to establish an Emergency Transfer Plan, no later than June 14, 2017, that allows a tenant to transfer to a new unit/building when the tenant reasonably believes that there is a threat of imminent harm from further violence if the tenant remains in the same unit. The Final Rule includes a model Emergency Transfer Plan that owners can modify for this purpose. HUD requires that owners track and submit information on emergency transfer requests and outcomes on an annual basis.

Paul has been involved in the real estate industry for the past 38 years.He has been involved in sales, construction, project management, appraisal, mortgage consulting and brokerage, property management and property management consulting/training.
Through his consulting company, Property Management Solutions, he provides training and consulting services nationwide to owners, management companies, multi-housing associations, as well as state and federal agencies.
He specializes in fair housing issues and has developed fair housing and outreach programs for governmental agencies as well as conducting seminars which are presented to property management companies, apartment associations and the general public. He also conducts research analysis for impediments to fair housing for grantees of federal CDBG funds.
Most recently, he has been a consultant to the State of South Dakota. In this assignment he has developed a program that is one of the first of its kind in the nation. It involves being an Ombudsman for fair housing issues. In this role he takes calls from anyone who may have a fair housing or landlord tenant question. He attempts to resolve the issue before it has to go to HUD. This has been a successful program and he takes over 900 calls a year.
For over twenty years was involved in appraisal of residential, multi-family, farm and commercial properties throughout the Midwest. Most recently, he was a consultant for affordable, multi-housing properties in 22 different states. This involved properties in HUD, Rural Development, HOME and Tax Credit programs. He is a certified trainer for a national company which specializes in HUD and Tax Credit education.
He holds numerous professional property management designations.Paul has served on numerous boards and commissions that deal with real estate, property management and fair housing issues and is in demand as a speaker in the affordable housing industry.
X